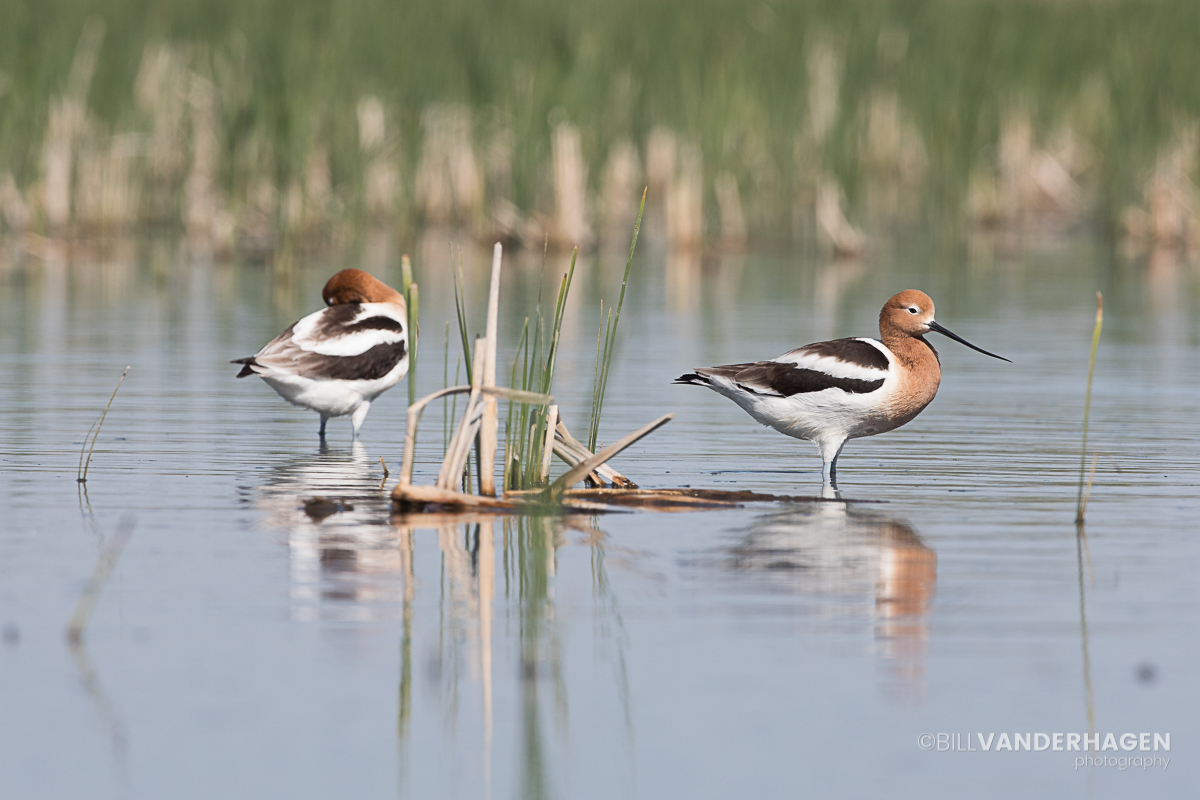 A chance encounter with a pair of American Avocet that gave me the opportunity for some of my best photos and videos of this beautiful shorebird during the springtime South Dakota migration.

I set up my position early afternoon after some Wilson's phalaropes since they always have tons of camera character - however, after about an hour this pair of avocet slowly worked their way from the far side of the wetlands. Finding them was bittersweet as they are much more camera shy (in my experience) than the phalaropes tend to be and I had not done my due diligence to prepare for their arrival as I lay on the shoreline with very little cover and bare minimum in camo. All this in mind, I just decided to lay and let the day pass - photographing phalarope as they fed within yards of me. To my surprise however, after 5 hours of watching the distant Avocet the pair took flight and landed about 15 yards from the camera - straight to my right - as I laid there and wondered how I could shift the camera 45 degrees to photograph them, they decided all was well and began to bath and preen their feathers as if they had no cares in the world.

I slowly turned the camera toward them, and after about 5 minutes, centimeter by centimeter, I was able to capture the attached video.

After a full preening and a short rest, the both waded out into slightly deeper water to feed - remaining within 30 yards of me until the day was through and I went home smiling with photo and video of what I believe to be one of South Dakotas most beautiful shorebirds.