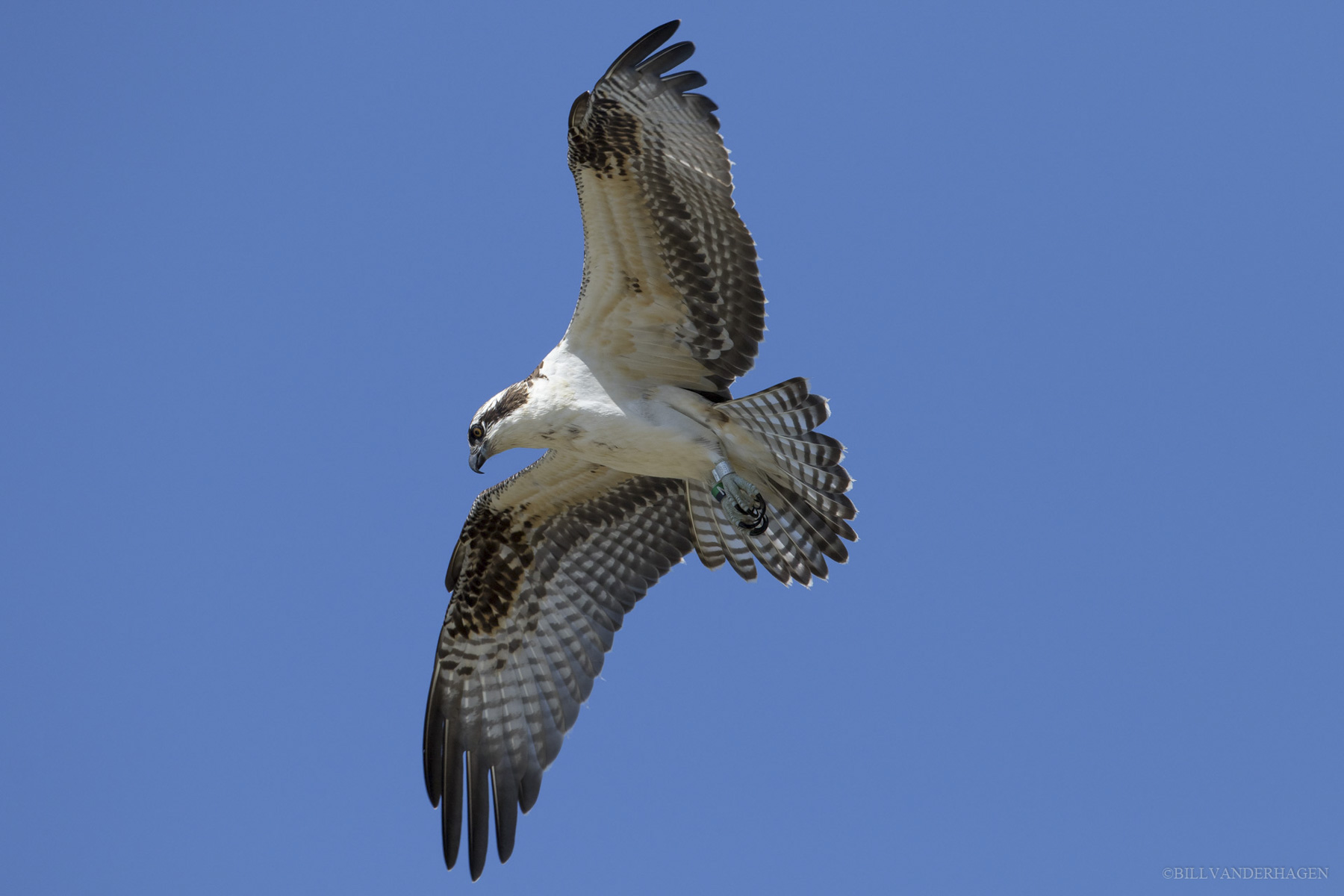 A quick trip for some Osprey photos turned into a 10-hour venture with a young and very friendly osprey allowing us to capture some great natural photos of him (trying) to catch a fish. A closer look with the camera lens revealed that he was this years young and had been banded in Minnesota about 400 miles away (He managed to fly over close enough that we were able to report the band numbers to officials a couple of days later after sorting through a few hundred photos and piecing the information together that we had from different angles of photo) In the end he put on a show, diving for between 10-15 fish throughout the day, however there was only one successful dive, at which point he flew around boasting his catch for a couple of minutes and retired for some time across the lake to snack on his long overdue meal.