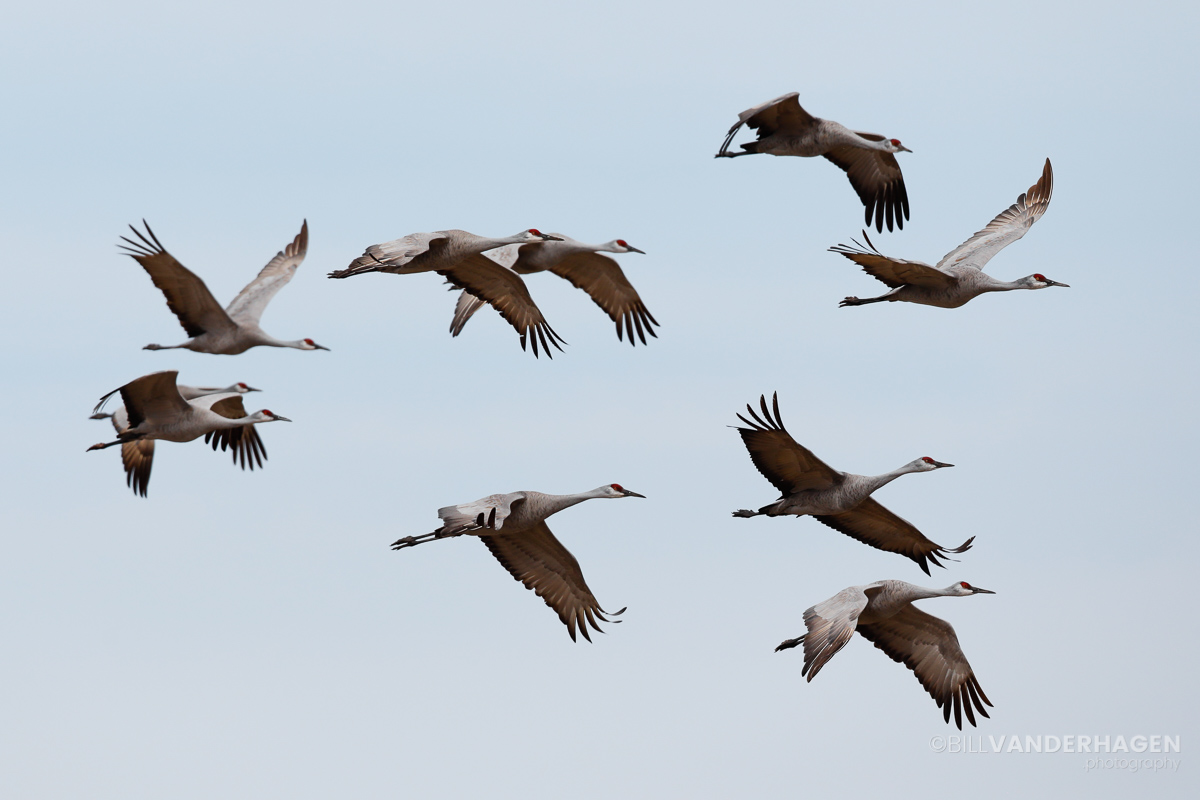 Mother Nature certainly threw everything she could at the state of Nebraska during the height of crane migration this year. Despite her best efforts, I still managed to fit in a trip, albeit a tricky one with closed roads, flooded rivers, and wildly muddy gravel roads. It's always worth the challenge for the chance to stay in an overnight blind on an island in the middle of the Platte river with 50 thousand plus Sandhill Cranes.

I arrived in the blind around 5:45 p.m. after a lengthy walk through the river due to collapsing riverbanks and water far higher than normal. Shortly after, the cranes started to flood into their nightly roost, filling up every available space and leaving me wondering how they could possibly fit any more. Still, they came. For the next 3 hours the sky was filled with what seemed to be an endless supply of sandhill cranes all returning to their home for the night.

As the last of the sunlight was fading, I again peaked out the windows of the pitch-black blind and found so many had arrived they were now standing a mere 25 yards away. My only task now was to attempt some rest while waiting for sunrise and the opportunity to capture them on video.

I slept very little as the cranes went through numerous periods of chatter and silence. First light revealed they had all stayed put. As the limited sunlight (due to the cloud cover and rain) started to creep in, I had a chance to capture a variety of images and videos of the cranes leaving the roost while the eagles soared overhead, and the mergansers cruised the shoreline diving for food every couple of minutes.