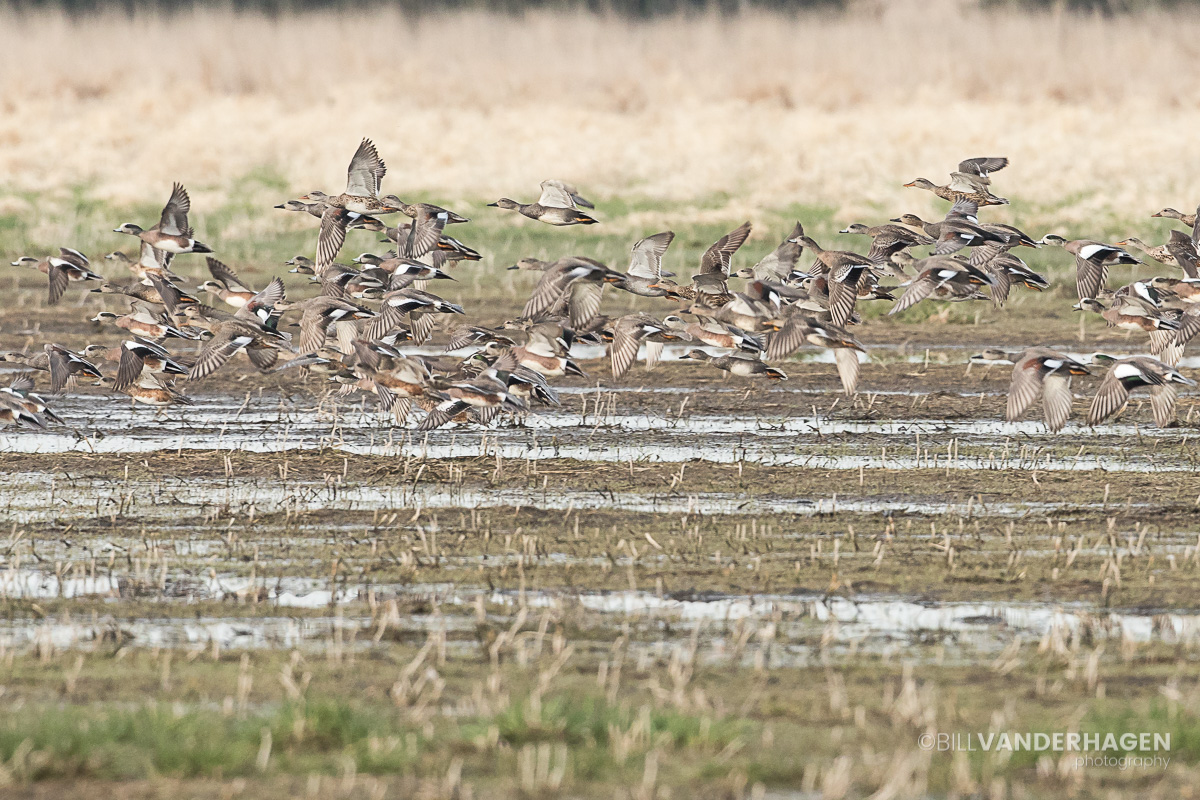 Quite a project, and admittedly not what I had intended with the trip - it was just to be another photo adventure

But here it is; 14 hours of video clips condensed into 2 minutes - all taken within 100 yards of each other from 6:10 am to 7:50 pm on a South Dakota Prairie Wetland (there is a noon gap at which point I had to stretch a bit so I moved around for an hour and then took my usual nap which has become a routine to get through the harsh midday light). The project really shows the diversity and importance of these small pieces of land; which is about the size of a football field and how many species they help sustain. Ironically the birds I traveled for were not to be found so I will have a return trip next weekend to see if they have arrived yet as the spring migration rolls on.

Here is a quick rundown of the video clips and the species present - I will probably forget a few but enjoy!

1) a flock of American wigeon that remained throughout the day, at one point numbering around 150 birds - they were at times accompanied by greenwing teal and gadwall as they grazed the wetland grass areas

3) gadwall - they were mixed throughout the wetland and made random appearances, with their usual unmistakable quaking noises - described as "short, deep, reedy calls referred to as “burps,” given in steady succession or 2–5 at a time while flying" at allaboutbirds

4) Wilsons snipe - he snuck up the fenceline in search of food at around 10 am, staying for about 15 minutes but never to be seen again for the remainder of the day - however, they are really difficult to catch with their camo so I don't think he went to far

5) the remainder of the afternoon was a show of ring-necked pheasant sparring over the edges of the land - I had the chance to watch a single bird battle 5-6 times, in between matches he would walk side by side with the loan hen that he was fighting for. This all occurred in and around the flocks of widgeon and shorebirds who didn't seem to mind much if they kept a distance of a few feet - and to be noted, the frogs really kicked in as well so I had to turn the volume down in the video here

6) the icing on the cake to end the day - at last light, a flock of sandhill cranes surprised me by landing at the far edge of the flooded ground and with just enough light left in the day I was able to add them to the list of birds in the area.

Throughout the clips you will see a sporadic glimpse of shorebirds as well - which I initially traveled to the area for, the slough was filled with killdeer (plovers), yellowlegs, sandpipers, and I caught a glimpse of a single ibis as well - the northern harriers continued to fly over and harass the wading birds about once an hour so the scene kept changing but it is truly a testament to the beauty that a small area can present a photographer/videographer during a South Dakota migration

Here are a few photo highlights to accompany the video