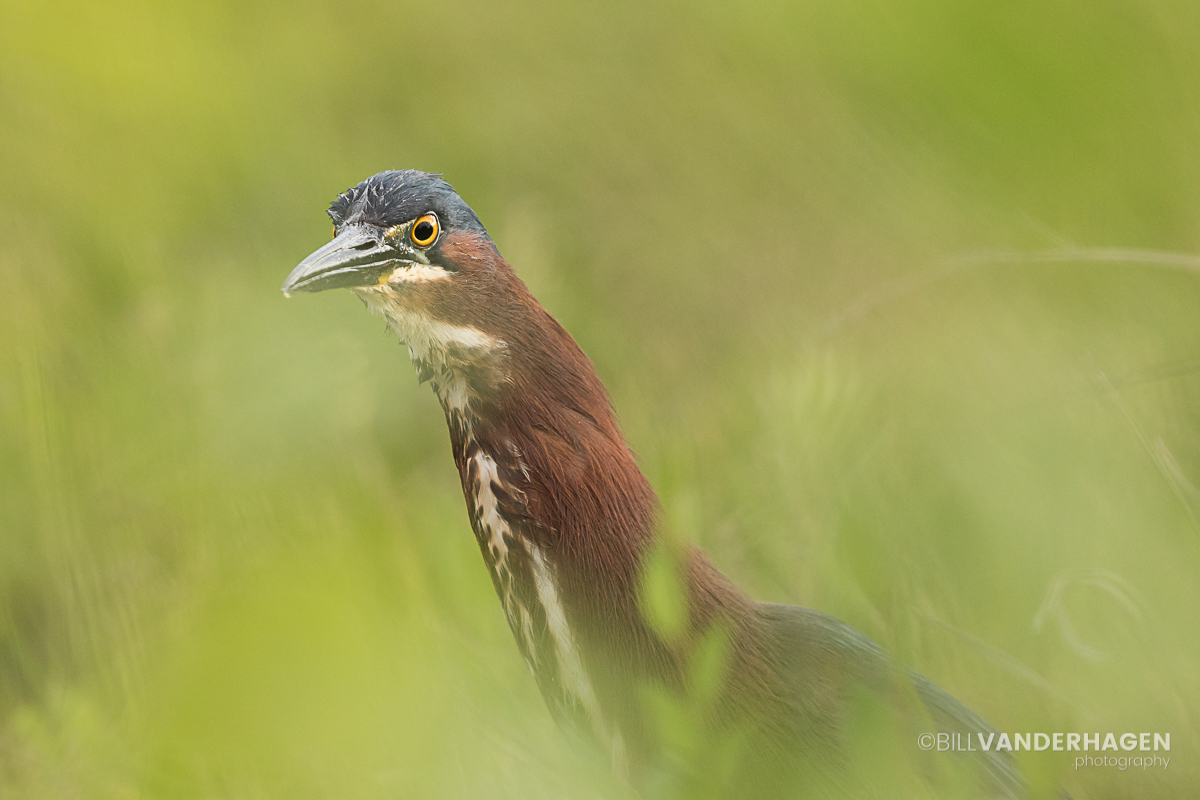 - Trips like this one keep me going out, often between mother nature's antics and my own excitement I miss the best moments thru the lens. This was one of those trips - in a small pond only a few miles from home this Green Heron seems to have taken up residence due to the constant food buffet. The night prior to this clip I noticed it was also holding some of the largest frogs I have ever seen, which I managed to capture a few shots of while passing the time on birds. I returned the following evening to again watch the Heron and warbler activity only to have caught the Heron deciding to do battle with one of the frogs as his next meal - the struggle ensued for about 45 minutes when the heron realized how big of a snack he had decided to take - the entire time I had my own battle of trying to get a good video location to shot from - and I finally found it!!! about 30 seconds to late as is often the case.

So after all that ranting - this video does not even show the frog vs. heron fight - but I promise it happened. I saw it. I was there. I just didn't do my job well enough to share it as I shot through all the sticks and branches. But here is his after meal cleanup and preen up for the feathers. Needless to say, he did not feed again the rest of the night after that large meal.