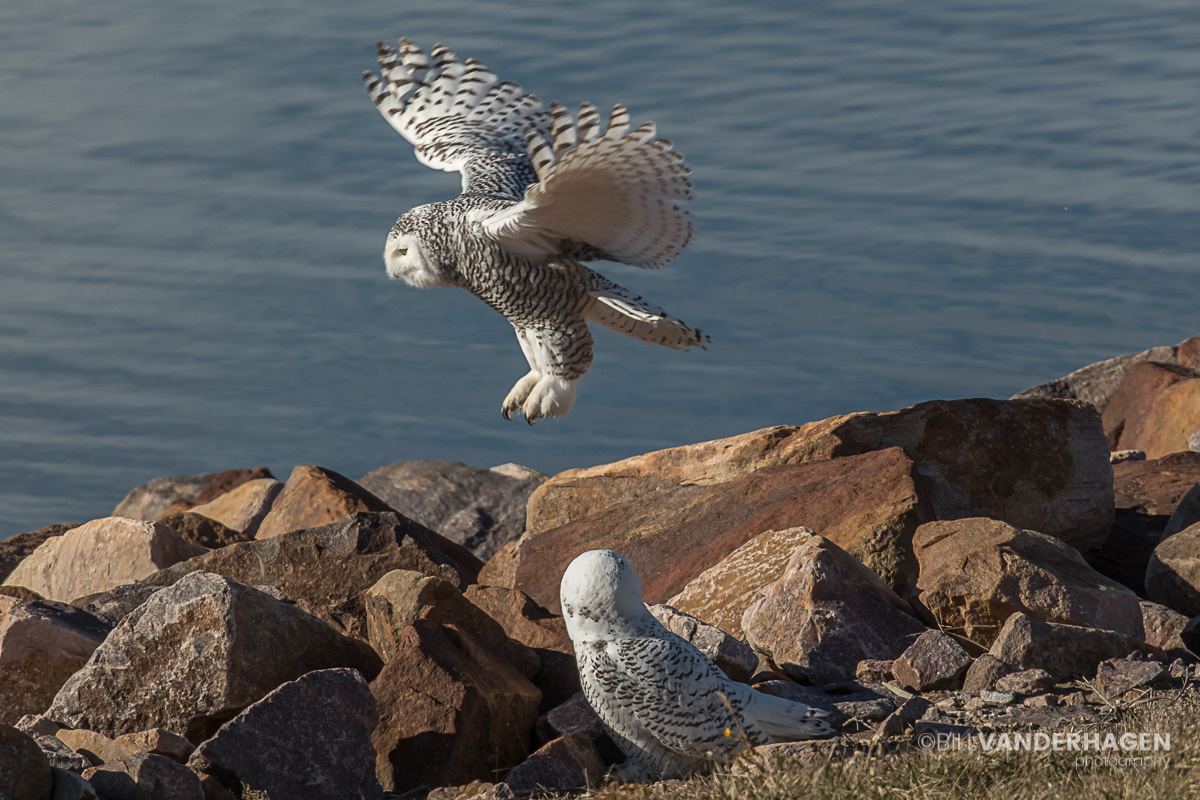 A quick trip to through the southeastern part of South Dakota provided a rare opportunity to capture not one, but two, snowy owls this week. In what is shaping up to be (hopefully, fingers crossed) another owl irruption year. And if you know me, and my fascination with any owls, you know I was there promptly at sunrise....

Me and a friend located the owls immediately at 7:30 in the morning and were able to watch them throughout the day, keeping a safe distance with longer lenses and extenders. The owls stayed completely undisturbed.....to the extent that they had not moved an inch until about 3 in the afternoon when we were finally able to get a quick photo of both of them together.

Shortly after 3 the cell phone wildlife photographers had gotten word of the birds and the harassment started with everyone trying to get near them to get a "good wildlife photo" with a cell phone with no concern for the birds well being, which is always hard to watch and harder to learn how to handle. It is a plague with the northern owls as they are not accustomed to human presence and can be very tolerant of people - however, in the end, I personally would rather have a distant shot with a bird acting naturally than a close shot of a frightened owl flying away from me. And hopefully, these images captured that.